Murder Ballad is the startling Off Broadway musical that makes its way to London’s West End. Written and conceived by Julia Jordan and Juliana Nash, Murder Ballad is the dark rock musical that documents a deadly love triangle in the heart of New York. Narrated by a bartender, Murder Ballad follows Sara as she struggles to choose between her racy relationship with the devilish Tom and her reliable husband Michael. When the illicit affair is discovered, it is certain that blood must be spilled. But whose? Making its West End premiere at London’s Arts Theatre, the original cast included Kerry Ellis, Ramin Karimloo, Norman Bowman and Victoria Hamilton-Barritt. 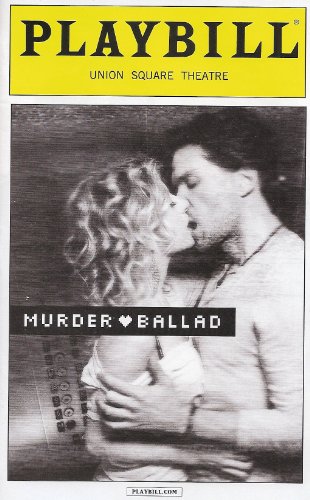 Set in the dark streets of New York, Murder Ballad centres on an illicit love triangle that leaves one lover much worse off than the others. Following Sara, the musical focuses on her love-struck relationship with edgy ex-boyfriend Tom and safe, reliable husband, Michael. Narrated by a darkly sexy bartender, she documents Sara’s torrid affair with the dangerous Tom.

Accompanied by a range of rock songs, the Narrator takes the audience between Sara’s passionate relationships with Tom, to a more intimate, love-filled lust after quiet poet Michael. An actor and bartender, Tom is much more gritty and she is instantly drawn back to him. When the relationship ultimately splits, Sara finds herself back in the safe arms of Michael.

But Sara quickly begins to long for the danger her old life brought and begins to struggle with her downtown past and uptown future. Is it worth risking everything for the one that got away? Struggling to decide between the two men, the musical leads to a treacherous, murderous and bloody climax.