Finian’s Rainbow is a mythical musical set in the southern states of America, where an Irish man and his daughter travel to bury a pot of gold at the site of Fort Knox. Followed by a leprechaun, mistakes and confusions collide creating a fun musical comedy. Featuring  music by Burton Lane and lyrics by EY Harburg the score has delivered a number of standards such as ‘Look to the Rainbow’ and ‘Old Devil Moon’ which have been covered by various artists around the world. The Broadway production ran for over a year and attempts to revive the show have been made in recent years with varying levels of success. 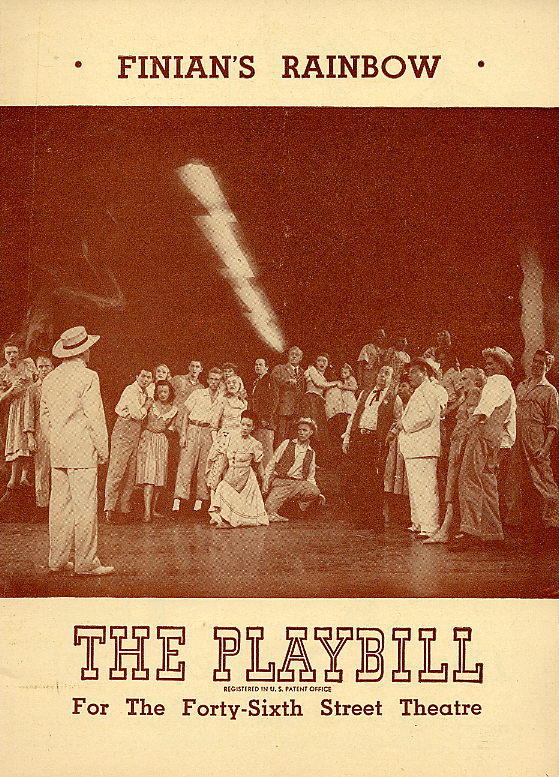 Finian McLonergan and his daughter Sharon travel from the small town of Glocca Morra, Ireland to Rainbow Valley in the fictional state of Missitucky USA. They are followed by a small leprechaun named Og who is after Finian because he has stolen his pot of gold to plant in the soil next to Fort Knox in the hope that it will make him rich. Og needs to find the gold, or all of the leprechauns in Glocca Morra will lose their magical powers.

As they arrive they encounter Buzz, the stooge of the racist Senator Billboard Rawkins trying to take money from the land owners for not paying their taxes. Local land owner Woody and his mute sister Susan arrive in time with money to pay the taxes but find they are $70 short. Susan can’t talk so instead communicates with her feet by dancing. Finian lends them some money to brighten their day.

Woody and Sharon begin to fall in love just as Finian manages to bury the pot of gold. Meanwhile, the racist sheriff is preparing to get rid of the townsfolk of Rainbow Valley for going against the law of the south and letting blacks mix with whites. Sharon is outraged at his behaviour and wishes that he could feel what it is like to be on the other side of his racist remarks. As she makes her wish over the buried pot of gold, it comes true and the Senator turns black and runs off to hide in the woods.

Everyone begins to hear about the gold hidden in Rainbow Valley but only Finian knows where it is hidden. They all rush to go and find it as Susan dances and is drawn to the pot, digging it up and burying it in a different location. Og watches her and casts a spell to cure the Senator of his bad behaviour. Og falls in love with Susan and sings to her.

Sharon is accused of being a witch thanks to her efforts at turning the Senator black. The town prepares to burn her at the stake. At the last minute the Senator returns proving that all is well again. Sharon marries Woody, and Susan is able to speak, marrying Og. Finian meanwhile continues to spread his happiness and rainbows around to whoever needs it.