Bells Are Ringing features music by Jule Styne with book and lyrics by Betty Comden and Adolph Green. This show takes us back to a time before answering machines and high technology, when a real person answered your ringing telephone for you, if you couldn’t do it yourself. Welcome to Susanswerphone, where the lines are blurred between doing a job and eavesdropping. The story and musical numbers are delightful and uplifting. Just in Time, Better Than a Dream, Drop That Name and A Simple Little System keep actors and audiences smiling. The original Broadway production opened in 1956 and ran successfully for over 2 years. 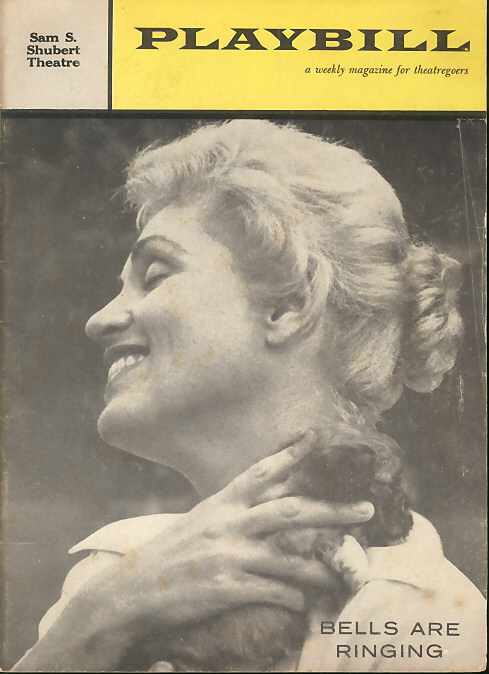 Welcome to a world before voicemails! Nowadays, if you aren’t home your voicemail picks up your calls, but before this high technology ‘Susanswerphone’ was there to blur the line between helpfulness and eavesdropping. The show opens with eight girls moaning about their lack of telephone calls. They consider hiring a service to answer their phone when they are out of the house. Sue runs her own service known as ‘Susanswerphone’, employing her cousin Ella to take the calls and deliver messages. Although things start out okay, she begins to get involved in the lives of the people who she takes messages for, and falls in love with one of the men whom she has never met. Her feelings for Jeff Moss become apparent and she is determined to help him out with his next play that he is currently struggling to write. Her charm and telephone manner begin to involve herself quickly in his life.

Meanwhile Sue falls in love with Sandor, the owner of Titanic Records. He sets up an outlet in her office space, which he uses to mask his criminal dealings. The police think that ‘Susanswerphone’ is merely a front for Sandor’s book-making ring of deception. Ella decides to meet Jeff and creates an alter ego for herself, going to his home and convincing him to rework his latest play. They go out for dinner and sparks begin to fly as they learn how to Cha-Cha. In Central Park, he tells her that he loves her, but after taking her to a party she is made to feel below his social station and is lost for conversation. She runs away and Jeff still hasn’t worked out who he really is.

Sandor is suffering with racing debts and has to borrow money. He plans a trip abroad with Sue as the Police begin to close in. Ella encounters three other men who her meddling has helped. She decides to run away but Jeff finally realises who she is as the show ends happily for all.