Once the Musical is a breakaway Broadway hit musical based on the 2006 independent Irish film of the same name. The musical opened on Broadway in 2012 and received 11  Tony Award nominations, going on to win eight including Best Actor and Best Musical. It also won the Grammy Award for Best Show Album. The show features a book by Edna Walsh and the score builds on that of the film, featuring music by Glen Hansard and Markéta Irglová. The song “Falling Slowly” won an Oscar for Best Original Song. After proving to be a sell out on Broadway, the show transferred to the Phoenix Theatre in London’s West End. 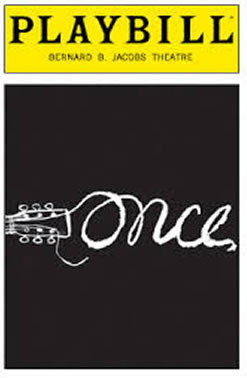 the motion picture written and directed by John Carney

An Irish busker falls in love with a Czech Piano player and make sweet music before he leaves her and moves away to New York.