A Chorus Line is one of Broadway’s most iconic and long running shows. Conceived initially by Michael Bennett who directed and choreographed the production the show is based on true stories collected from Broadway ‘Gypsies’ – performers who travel from one show to the next as members of the chorus. The show features a series of vignettes depicting each of the dancers on the line auditioning for a part in a Broadway show. The simple concept features a variety of songs that tell the story of the trials and tribulations of a number of different performers. 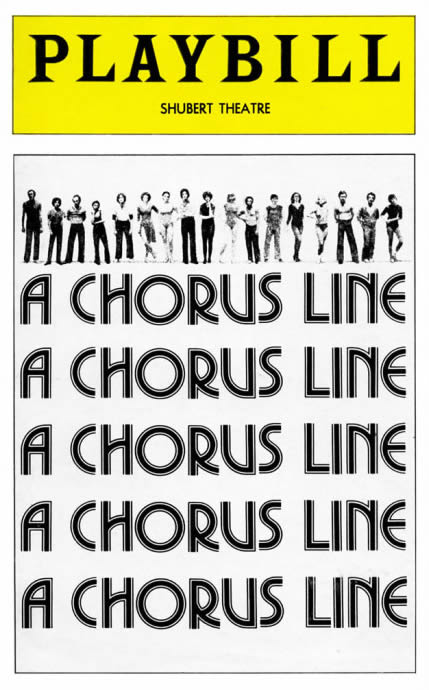 The show begins at the open audition for a brand new Broadway musical. Director Zach and his assistant choreographer Larry begin to teach a routine to the candidates. Each person auditioning for the work is desperate for the chance to impress and dancers cry out for a chance to be noticed. After the first cut a group of 17 remain. They are asked to stand on a line on a bare stage as Zach asks to find out more about them. The first to speak is Mike who talks about his first dance experience watching his sister go to dance class. One day as she refused to go to class, he went in her place, enjoying it so much that he stayed. The other dancers laugh at his story but are secretly worried about what Zach may ask each of them.

An older dancer Sheila is reprimanded for not taking the process seriously. She says that her mother married young and her father left them, saying ballet was her only escape from her unhappy family life. Bebe and Maggie agree with this, joining in with her song ‘At the Ballet’. We are then introduced to Kristine and Al who are married. Kristine is tone-deaf and can’t sing, as Al jumps in to finish each of her phrases.

As the group slowly begin to loosen up, Mark talks about his first wet dream and sexual experience, triggering the group to talk about adolescence. Greg talks about coming out as gay, before Diana tells of her acting school and the disrespect she felt from her teacher. Each of the group have a different reason for dancing and something that has held them back in the past. Val tells them that talent alone won’t get you a job, showing off her new tits and plastic surgery enhancements.

As the group is led downstairs to learn a song for the next round, Cassie stays onstage to talk to Zach. The two have previously been in a relationship and Zach tells Cassie she is too good to be stuck in the chorus. Cassie just needs to find work so she can dance, and shows Zach, and the audience, what she can do.

Paul enters and delivers a monologue to Zach about his previous experience as a drag act and his inner struggle with his sexuality. As he tells of his parent’s reaction to his life he breaks down, and Zach comforts him. As everyone runs through a number onstage Zach and Cassie’s past comes to life once again. Zach does not want Cassie in the chorus, but she is happy to be there.

As the dancers begin a tap combination Paul falls over and injures his knee. He is taken to hospital and the harsh reality of each dancer that their careers could end in a second begins to take its toll. Zach questions them about what they would do if they couldn’t dance anymore. They sing about how much the profession means to them. Zach makes his final decision casting 8 dancers that include Cassie. As they begin to give a performance of the final number they blend into one, as the mirrors behind them project an ever-growing and never-ending ensemble.