Hans Anderson, or Hans Christian Anderson (the film’s name) is a two act musical that features music and lyrics by Frank Loesser. The film was extremely successful after being released in 1952, starring Danny Kaye in the title role. The show follows the life of storyteller Hans Anderson, whose children’s stories such as ‘The Little Mermaid’ and ‘The Ugly Duckling’ have become world famous. The stage production opened in London at the London Palladium in 1974 and starred Tommy Steele in one of his many productions at this famous venue. The show was revived later in 1974. The score by Frank Loesser was extended to fit the requirements of a stage audience and included a number of new songs. Rumours of a modern day film adaptation have been floating around the internet for many years. 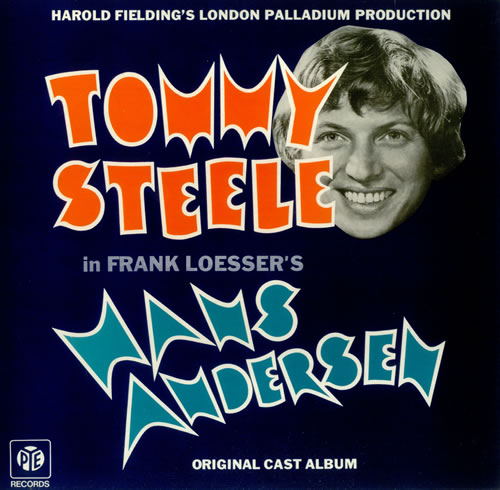 the stories of Hans Christian Andersen and the 1952 film

Hans Christian Andersen is a young Danish writer who hopes to become like his idol, William Shakespeare. The children of the village stop by his cottage and ask him to tell them a story, and he regales them with the tale of “Thumbelina.” The school master Rector Meisling is furious that Hans has taken the children away from the studies, and Meisling tells Hans he will amount to nothing.

A musician named Otto arrives and asks Hans to come with him to the Odense Theatre where he works as a pianist. The Theatre’s star singer, Jenny Lind immediately takes a liking to Hans and agrees to read his play, even though her manager Max Klaus thinks it is terrible. Jenny encourages Hans to study writing a bit more, and he returns to his home village with a letter asking Rector Meisling to continue his education.

Hans tells the schoolchildren the story of the “Inchworm,” and even the Rector’s wife is amused. The Rector threatens Hans, but Otto reappears to rescue him. Now that Hans can read and write, he leaves with Otto on an adventure (“Anywhere I Wander”) and finally arrives in “Wonderful Copenhagen.”

Max feels threatened by Hans’ reappearance, and helps have him arrested while he is trying to convince publishers that his work is good. In prison, Hans is surprised to be reunited with Otto, who explains that Jenny has placed an advertisement in the paper asking for news about Hans which the two men are able to use to get out of jail.

Meanwhile, Max is hosting a lavish party for Jenny, and is displeased when Hans arrives. Though he tries to throw Hans out, Jenny stops him and asks him how his writing is going. He attempts to explain one of his more convoluted stories, but all of the guests laugh at him. Humiliated, he finds the servants and explains that he always feels out of place. He tells them the story of “The Ugly Duckling,” which Jenny overhears, and she convinces him that his future lies in telling wonderful children’s stories.
Hans does manage to become famous and attempts to woo Jenny, but she feels their relationship is purely platonic (“No Two People”). Hans is devastated, but Otto arrives to encourage him to focus on his work. He appears before the King, and regales him with “The King’s New Clothes.” The King is delighted and gives him a royal title.